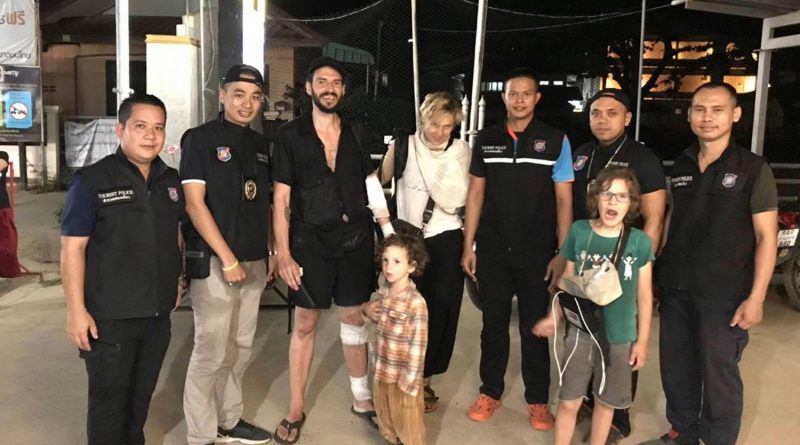 Rescuers found a Polish family, including two children, who were lost in a hilly forest on Koh Phangan, after a search lasting more than three hours on Monday night.

Pol Maj Gen Angkoon Klaiklueng, commander of Tourist Police Division 3, said staff at a local hotel informed them a Polish family had phoned to say they had gone for a walk and were lost in the forest.

They found the family about 9pm, tired and waiting, seated on rocks in the forest. They were given liquids to rehydrate them and then led back to their hotel.

Police quoted the 40-year-old father father, Tomasz Sliwinski, as saying that he took his family from their hotel to admire the views from a nearby hill forest, but later was unable to find the trail back. So he phoned their hotel to seek help.

The forest is between Hat Rin and Hat Yuan beaches in tambon Ban Tai on the southern tourist island of Koh Phangan.

Thank you to Bangkok Post  “Lost Polish family rescued from Koh Phangan forest” which was brought to us by Google Alerts.