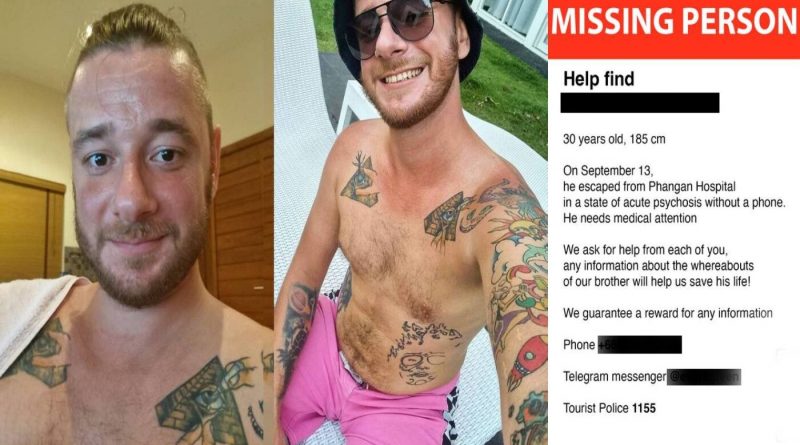 The Russian man missing in Koh Phangan for a month has been reportedly found dead in the forest of the island. The man had been reported missing since September 13. On Wednesday a Burmese person stumbled upon a dead body in a dense forest area on Koh Phangan and notified the police immediately.

A friend took to Facebook to ask for people to help find the missing Russian in his fragile mental state. The post said that the man had escaped from Koh Phangan Hospital where he was being treated for mental illness on September 13. He was without a mobile phone and in need of professional medical care. They said the Russian man was experiencing acute psychosis and asked Facebook group members for help finding him safely.

“Please share this picture with your Thai and foreigner friends in Koh Phangan. He is in a state of acute psychosis. He probably feels like everyone wants to harm him. Maybe he is hiding in the jungle or some abandoned house. If you see him, please try to calm him down, give him some food or drink. But he feels paranoia, so if you offer him help, you should ask him what he wants himself, otherwise, he might feel that it is a trap.”

The dead body found Wednesday was only about one kilometer away from Koh Phangan Hospital where the Russian man had escaped. Friends of the man reportedly confirmed it was him, but a DNA test must be run to truly confirm his identity.

When Koh Phangan police and medical staff arrived at the area where the body was discovered, they said the man’s remains had likely been there for at least one month. The body was badly decomposed already. There were no signs of a struggle or any immediately apparent physical harm.

In line with the information his friends had posted in searching for him, police believe he may have been in psychosis or otherwise mentally unstable. They believe he wandered into the jungle lost and confused and eventually succumbed to dehydration.

Read the full story at The Taiger – Missing Russian man in Koh Pha Ngan believed found dead  which was brought to us by Google Alerts. 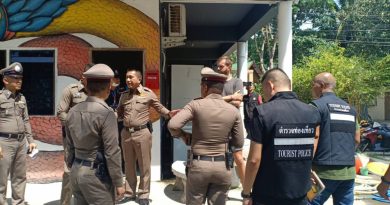