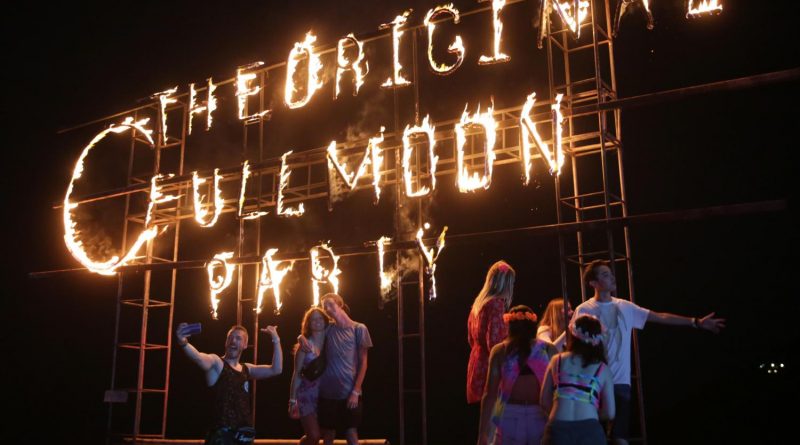 An imminent return of the popular Full Moon Party this month means more than a revival of the boisterous gathering of mostly foreign visitors. It means a cash-starved local economy might stir back to life.

As the name suggests, the event is held once a month on full moon night at Haad Rin on Koh Phangan in Surat Thani. It is one of the world’s biggest draws of young, hard-partying crowds.

For almost two years Haad Rin has been without its main draw, although lately provincial officials have experimented with bringing it back.

The easing of Covid-19 rules has meant the return of some overseas tourists. Many will have heard of a Full Moon Party resuming on April 16, albeit with some strings attached.

The last Full Moon Party was on Feb 8, 2020 at the onset of the first outbreak of Covid-19 in the kingdom.

Afterwards, the authorities issued a directive for mass gatherings and parties to be curtailed or suspended outright to curb infections.

Local leaders, district police and public health officials met to discuss the fate of the event, eventually deciding it must be put on hold indefinitely from March 2020.

More than a year later, with the pandemic having halted arrivals of overseas tourists, the government announced the reopening of tourism on July 1, 2021 and a piloting of the Phuket sandbox programme.

About two weeks later the sandbox programme allowed visitors to use Phuket as a jumping off point for visits to Koh Samui and the nearby islands of Koh Tao and Koh Phangan. The onward trips kindled hope for a revival of the Full Moon Party.

The hope materialised on Oct 22 last year when tourism operators on Haad Rin in Koh Phangan district were granted permission to experiment with organising the event in a Covid-safe setting. The party went ahead under the theme of “Back to the Roots” with all the usual bonfires, fire jugglers and club music.

Missing were many nightlife operators who were struggling financially to find their feet, although a small number were back selling food.

Party-goers were mostly foreign visitors vacationing on Koh Phangan. But new entry rules applied; they must pass on-site temperature checks, fill out forms for contact tracing and produce proof of a double-dose vaccination.

After the first relaunch trial, Koh Phangan had to wait almost five months for the second to be organised on March 17. This time, more overseas tourists joined the party, many having been ferried from Koh Samui.

As the two experiments came and went, the Full Moon Party was being readied for a comeback on April 16, which is timed to coincide with the five-day Songkran festival extending over five days from Wednesday.

The long weekend exodus of holidaymakers is expected to give the Full Moon Party its largest turnout since the pandemic.

Thawit Somwang, president of the Haad Rin Tourism Association, said the April 16 party will stick to the “Back to the Roots” concept. Organisers have sought permission from local authorities to go ahead with the party and they were confident the request will be granted.

The event has been a year in the making and previous trials proved the party can get underway with the new-normal protocols in place.

He said the success of the party has to do with the lifting of many Covid-19 restrictions, and residents having adjusted themselves to public health safety measures while being able to resume their tourism businesses.

Also, more than 90% of residents have been vaccinated and Koh Phangan, being an island, is ideal for preventing infections.

“But to be honest, we don’t have high hopes [for the April 16 party] since it is now the low tourist season and the conflict between Russia and Ukraine has caused a significant drop in visitors from Israel, France and the US,” he said.

A steady stream of tourists has come from the Scandinavian countries.

About 10,000 overseas tourists are expected to join the party from hotels and other accommodation on Haad Rin. Another 5,000 may come from elsewhere on the island.

The party must comply with the regulations issued by the Centre for Covid-19 Situation Administration (CCSA), meaning it must wind down by 11pm. However, Mr Thawit said that in his view, the authorities should allow the party to continue until 1am or 2am the next morning.

He said many tourists tend to spend much of the day sunbathing before returning to their hotel and leaving for dinner. They normally go to the party at 8pm or 9pm and if the party stops at 11pm, they would only have a few hours there.

“In the last two years, tourism businesses on Haad Rin have improved the place to make the area more manageable.

“Vendors must register and entrances and exits to the beach are clearly marked. People entering also must be fully vaccinated and have taken and passed an ATK test.

“We realised we must lay down the rules to rein the party in. We won’t stand anything that will drive Koh Phangan’s reputation into the ground,” he said.

Driver of the economic engine

The Full Moon Party has been a main driving force for the tourism-dependent local economy of Koh Phangan. Visitors came from at least 15 countries to be part of the party which is publicised worldwide.

The cashflow from tourists came from spending on air tickets, ferries, accommodation, meals, tour guides and vendors. It keeps the full loop of the local economy functioning.

For 30 years, the party has been closely associated with the livelihoods of locals in the three tambons on Koh Phangan as well as the nearby Koh Tao. The party’s enduring appeal has helped get hotel and restaurant projects off the ground and given birth to a wide array of tourism activities.

Mr Thawit said overseas visitors attend the Full Moon Party either before or after travelling to other major attractions in Phuket, Krabi or Chiang Mai. In any case, many spend more than a month in the country. “They create jobs and will help pull the country out of the economic doldrums it is in,” he said.

Dr Jirachart Ruangwatcharin, head of Surat Thani provincial public health office, said there was no surge in Covid-19 caseloads after the March 17 Full Moon Party relaunch trial. Nor did it trigger infection clusters.

However, he stressed anti-Covid measures must intensify during the party. Those arriving on Koh Phangan for the Songkran holiday must be subject to strict health screening. Health workers will stand by to screen visitors joining the party through five entry points.

Nanthawan Siripokkapat, director of the Tourism Authority of Thailand’s Surat Thani office, said a higher number of visitors will arrive in the province during this week’s Songkran festival than in the same period last year thanks to relaxed Covid-19 restrictions. Many people also feel free to travel after they have received the vaccine and booster shots.

Changes to the norm

Meanwhile, Apichayada Petcharat, 35, said she could not imagine what the Full Moon Party will be like with the Covid-19 rules in place.

The party’s charm lies in its after-midnight party atmosphere heightened by the full moon being visible and its reflection on the water. Partygoers would remain on the beach until dawn to watch the sunrise.

She might make a trip to the party one of these days.

“Personally, I don’t think anyone would want to catch Covid. They must find a way to look after themselves and keep from contracting the virus. When everyone takes good care of themselves, the party can go on and they can have fun,” she said.

Alina Herker, 21, a German student, said the Full Moon Party sounds fun. She has booked a bus ticket from Khao San Road in Bangkok to travel to Surat Thani to join the party on Koh Phangan.

“Speaking of Coronavirus, I am not that afraid of it as long as you stick to the health measures such as wearing a mask, washing hands, and not sharing food or drinks with others,” she said.

Brennen Vowel, 31, a baker from the United Kingdom, said the party sounds interesting. “I am already fully vaccinated. The only thing that you can do is to take care of yourself,” he said.

Yeimil Sehaan, 35, an Argentinian engineer, said it is one of the most famous parties in the world. He went seven years ago before he had children. He remembered the party was crowded but the atmosphere was good. He had met many there.

“The party brings a lot of tourists to Thailand and Thailand needs that. Nowadays, many people have been vaccinated.

“I don’t think there’s any reason for fear, so it’s time to fully open the country and cancel some unnecessary restrictions,” he told the Bangkok Post while walking on Khao San Road.

Thank you to Bangkok Post “Covid party pooper?” which was brought to us by Google Alerts. 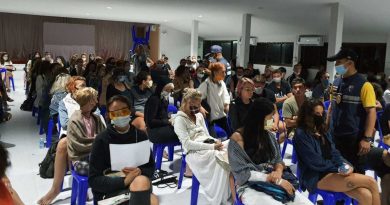 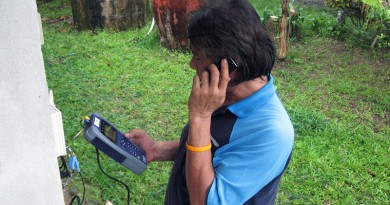 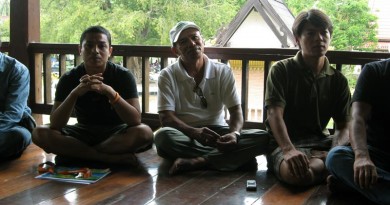