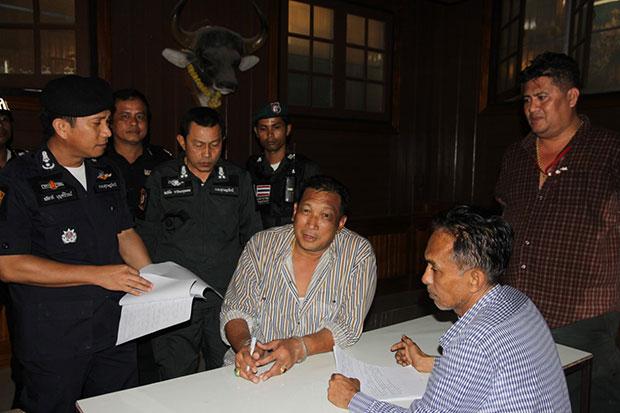 A local mayor is facing attempted murder charges in connection with a shooting incident that appeared to have been triggered by a noise complaint on the full-moon party island of Koh Phangan.

Police, armed with a court warrant, on Friday evening arrested Chanin Phetsri, 54, after searching his home in Tha Khanom municipality in Khiri Ratthanikhom district on the mainland of the southern province. He is charged with hiring two men to fire shots into a resort next door to a property he owns at Haad Rin beach on Koh Phangan. Mr Chanin is also the mayor of Tha Khanom.

Charged with carrying out the shootings at Palita Lodge early on Jan 12 were Sihanart Chaipinit, 62, and Jirat Khuadkaew, 38. The incident caused panic among tourists but no injuries were reported.

Shortly after the attack, police arrested Jarong Hongthong, 38, manager of the Chang Phuek bungalows and Similan bar, which are located next to Palita Lodge.

The Chang Phuek bungalows and Similan bar are owned by Mr Chanin, who leased the bar to a Russian businessman to operate, said Pol Maj Gen Apichart Bunsriroj, chief of the Surat Thani police, who led the search of the mayor’s house.

Seized from the house were .38, 9mm and 11mm pistols and some bullets. Police also searched the houses of the two accused gunmen and found a .38 pistol allegedly used in the attack.

Police charged Mr Chanin with hiring others to carry out a crime in a premeditated attempt to kill others. He denied all charges. The officers also charged Mr Sihanart and Mr Jirat with colluding in the attempted murder and illegal possession of firearms without permission. Mr Sihanart was arrested earlier but Mr Jirat has fled.

Pol Maj Gen Apichart said the shootings stemmed from a business conflict. Local residents and the operator of the Palita Lodge had earlier complained that the Similan bar often held noisy parties with loud music that disturbed others.

The Had Rin Tourism Operators Club had recently resolved to ask the Similan bar to cease operations, said the Surat Thani police chief. This apparently angered those who stood to lose business opportunities and led to the hiring of the gunmen to fire shots into Palita Lodge, whose owner had made the complaint.

Thank you to Bangkok Post “Mayor held after resort shooting ” which was brought to us by Google Alerts. 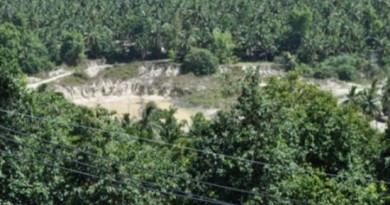 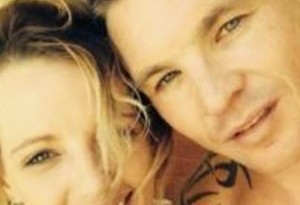