Skip to content
You are here: Home > General News > Soldiers shut down unofficial beach party on Koh Phangan Island in the early hours of Saturday morning 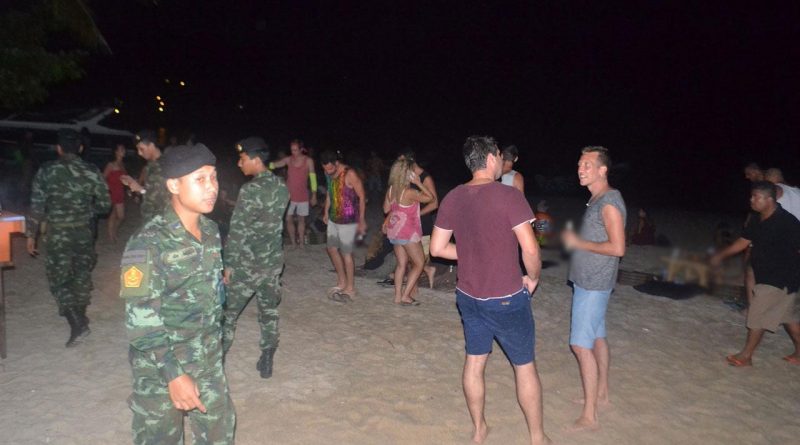 Soldiers descended on Ban Tai beach following a tip off from locals that a beach party was being held.

Earlier this month, it was announced the official Full Moon Party had been cancelled for October  ahead of the cremation for late king Bhumibol Adulyadej.

Also found was evidence of illegal drug use and drugs for sale.

Soldiers confiscated 147 cylinders of Nitrous Oxide, commonly known as hippy crack, as well as a large amount of cannabis and other drug paraphernalia.

Thairath described the holding of the beach party during the month of October “inappropriate”.

While not on the scale normally seen at a Full Moon Party, loud music was still playing and foreign tourists were seen eating and drinking.

Koh Phangan Party Zone Shooting and the story of a police report – Part One!