Skip to content
You are here: Home > Travel > How safe is Boat travel to Koh Phangan Paradise Island? 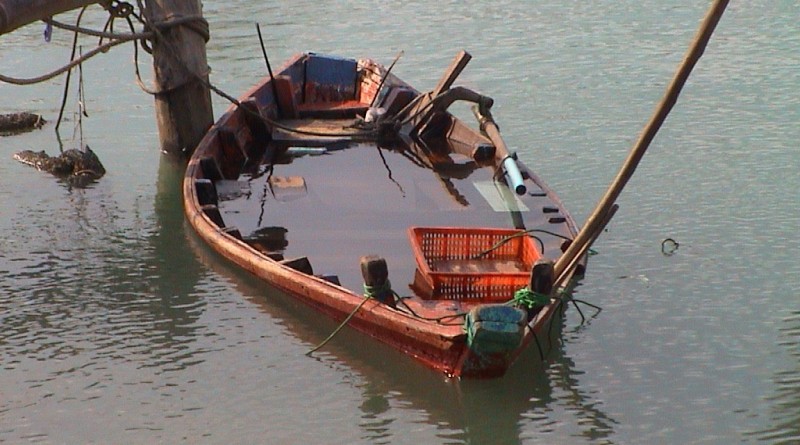 At 9pm on Wednesday 13th August, I went to meet some friends off one of the two Raja car ferries coming to the Lomprayah pier in Thongsala, the 6.30 from Samui (very late again), the last boat from Suratthani.

I was waiting at the pier with about 40 taxis with drivers, all of them waiting to force themselves upon the poor tired relentless Farang arriving on the island for the forth coming Full Moon Party. When all of a sudden there was a almighty bang and crash with the sound of metal bending and twisting against the concrete pillars that support the pier, and the whole pier shook. Yes, once again the boat came in too fast and couldn’t stop in time and slammed into the pier causing so much damage to the boat, that it had twisted the metal between the boat and the ramp that comes down from the boat to the pier, to let the passengers and the cargo off.

When they tried to drop the ramp, nothing, it was jammed shut tight. So they spent the next twenty minutes scratching heads and blaming each other for yet another accident. Then some bright spark decided to get a chain and some pulleys and try and force it apart by looping the chain around the corner of the damaged part of the ramp and then the other end to the concrete pier post it crashed into.

Good idea? No, the chain was only about one inch thick so when 5 Thai guys started to pull on the chain it snapped in about 6 seconds flat as soon as it went tight. Do you think that a one inch chain pulling a 1000 tonne car ferry full of lorries, cars and foot passengers would work? No, me too. But the Thais engineers thought so.

The next thing we see is the ropes being released and the boat going backwards, ok the ramp won’t open, turn the boat around and let everybody off the back end, Yes ? NO !!!

What they had actually done is to loop a massive thick old rope around the ramp, then tie off the ends to the pier either side of the boat, then stick the boat in full reverse without warning anybody around and see if that will work. As soon as I saw what was happening I dived for cover as did about 80 other people around me, because if that rope had snapped it was heading straight to the pier and all the waiting people. Whiplash being an understatement if it snapped.

After about three attempts at full reverse and with everyone cowering and hiding behind the nearest taxi it finally gave way with cheers and shouts from all as the ramp freed itself from the boat.

Just as the ramp was being lowered, the second boat from Suratthani was just attempting to dock next to the first one, when once again on the same night a Raja boat hit the Pier, what the hell is going on with these boat captains, too much Redbull me thinks. Luckly for Raja not much damage on the second accident, I also witnessed a captain from the Lomprayah the previous day slurping Redbull on deck like it was water.

Do the owners of these boats actually know what the hell is going on and is anyone in charge of the boat not on Redbull or any other mind altering beverage or worse. With the amount of money these people earn from us the poor unsuspecting Farang you would think they would show a bit more responsibility.

The worst thing is that we live on an island, and at some point we have to use these boats, which one would you trust ?

I hear that kayak hire is cheap in the low season. 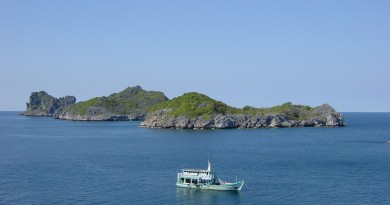 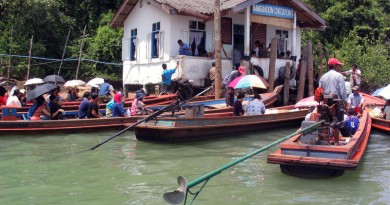 Visa Run from Koh Phangan Island to Ranong and Burma

15 thoughts on “How safe is Boat travel to Koh Phangan Paradise Island?”