Skip to content
You are here: Home > High Alert > British Tourist died on New Year’s Eve at Hadrin Beach on the Island of Koh Phangan

A british tourist from the North-East of England has died after falling through a plate glass window on Koh Phangan Island in the south of Thailand.

Kevin Liddle, 23, from Gateshead, died on New Year’s Eve on the holiday island of Koh Phangan, from cuts he received during his fall through a plate glass window.

The British tourist Kevin Liddle, who was travelling with three friends, died after he crashed through the window of the shop in Haadrin Beach.

He was pronounced dead by medical staff at the Bandon Clinic on the island.

Thai Police said foul play was not suspected. A Haad Rin police spokesman said his three friends, also Britons, had been interviewed. The spokesman said: “They said it was an accident.”

Police named the friends as Joseph Tate, John Henderson, and Andrew Petch, all from Sunderland, who were allowed to leave the island for the neighbouring island of Koh Samui the next day. 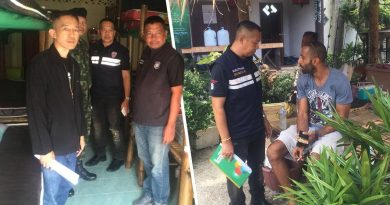