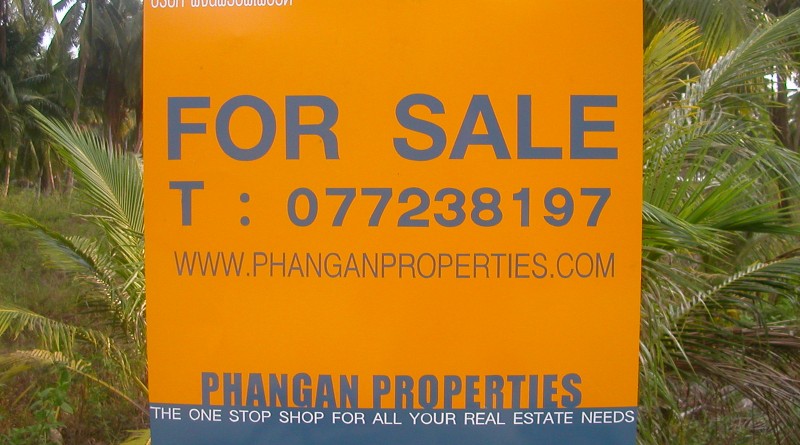 With growing numbers of people returning to Phangan on a regular basis and new arrivals discovering this paradise island everyday there has been a sharp increase in real estate acquisitions over the past two years.

Most people though, have little knowledge or idea about how land can be purchased in Thailand, some may have used the internet for research however with most posted information coming from the real-tors themselves, this advice may and often is biased.

This is the first of a serious of articles written to help educate in an un-corrupt and true full manner, possible investors, retirees and vacationers who may be looking to buy land on this beautiful Island.

First of all is should be noted that foreign nationals or “aliens” cannot own land in Thailand as an individual entity, only Thai nationals can hold land title deeds in their own name. There are two common ways in which a foreigner may take an interest in a land holding in Thailand, through corporate means or through leasehold.

Leases can be registered for up to 30 years and must be registered at the Land Office unless the period is less than two years. It is common to come across renewable or never-ending leases however caution should be taken in such agreements. The problem lies in the fact that although a lease may have been registered at the appropriate Land Office the owner of the land may still sell and transfer their land while it is still under lease. The original lease remains in full force until expiration but any pre signed renewable contracts then become void. Therefore with any purchase of a renewable lease the agreement must contain severe financial penalties if the owner sells their land but the legality of such agreements is questionable.

The second and often the preferred way to invest in land is through a Thai limited company. A foreigner is allowed under Thai Law to be the sole director of a Thai company and although they may not own more than 49% of the company if it wishes to purchase land they can issue preference shares which gives them a majority in voting rights.

A Thai limited company can be set up for as little as 11,000 Baht but as all paperwork is written in the Thai Language it is recommend that an alien use a reputable law firm. The cost of setting up a company through a lawyer is normally 30,000 Baht and this should be noted. It is common that real estate agents will offer such a service for 35,000 or even 40,000 Baht, effectively taking a 15-30% commission just for taking the paperwork to their local lawyer. When setting up a Thai limited company go direct to a law firm as the service will be the same as the real estate agent but a saving can be made.

Estate agents in Thailand will on average take very high commissions when selling land and even foreign run agents are known to do this. They will must likely not let the buyer and seller meet as the commission made can and often does scupper the transaction. The Thai seller may get jealous of the agent and the amount of commission they are taking and the buyer may feel the practice of the estate agent is unethical. It can be very difficult for a foreigner to find land themselves in a short time frame making the agents crazy commissions unavoidable, expect commission rates of up to 50% in some cases. 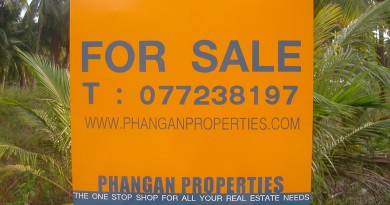 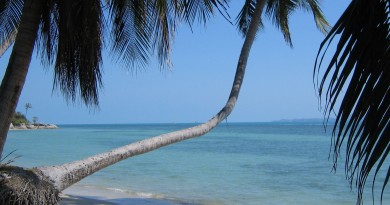