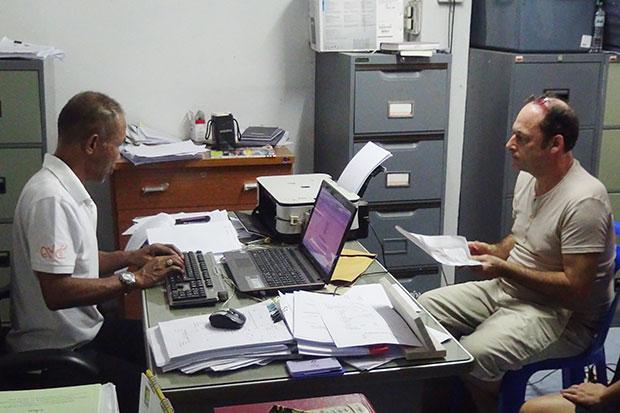 The deputy district chief of Koh Phangan has been transferred to an inactive post in Surat Thani province after being accused of stealing money from a club during an inspection.

Surat Thani governor Wongsiri Phromchana signed the order to transfer Vissarut Dejhun to work at the Surat Thani city hall on Saturday and set up a panel to look into the case.

Lance Wayne Pattinson, 50, filed a complaint with Koh Phangan police accusing Mr Vissarut of taking the money from cash registers at his Merkaba Beach Club during an inspection at 1am on Thursday.

According to Mr Pattinson, Mr Vissarut led a team comprising four volunteer defence officials under the Interior Ministry to check the club, saying it had advertised a party, played music and sold drinks to some 300 foreigners there.

The British businessman alleged Mr Vissarut’s team had seized two cash registers with 21,900 baht in total but when they were returned, there was only 900 baht.

Shortly after, Mr Vissarut filed a complaint at the same police station, accusing Mr Pattinson of defaming him and filing a false police report.

According to the Thai official, he and his team performed their duty in line with the junta’s order to keep a close watch on foreign business operations in tourist towns.

He said he had invited Mr Pattinson and the disc jockey at the club for questioning and had taken the two cash registers and a music player to the Koh Phangan district office.

The Briton later come up with the licences to operate an entertainment place and to sell alcoholic drinks. After verifying the documents, Mr Vissarut released Mr Pattinson and the DJ and returned the cash registers and the music player.

He learned later that Mr Pattinson had filed the complaint, which he said defamed him and was a false statement.

Koh Phangan district chief Krirkkrai Songthani said that if the foreigner’s complaint turned out to be true, the case would be sent to the National Anti-Corruption Commission.

Thank you to Bangkok Post “Koh Phangan official transferred over theft complaint ” which was brought to us by Google Alerts. 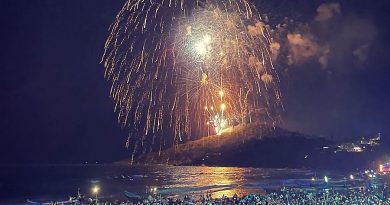