Skip to content
You are here: Home > General News > Total Lunar Eclipse during sunset on the Island of Koh Phangan

Mysta Squiggle is pleased to announce…

It is safe to watch with the naked eye. Total lunar eclipse only ever happens precisely at time of full moon. No arguments this time about when it is, eh? 🙂 It will last about an hour and a half. Although it will be totally “eclipsed” the Moon will go orange rather than disappear because some light from the sun will bend around the earth through its atmosphere as it goes.

Only the dark shadow (The “umbra” shown in red in the diagram) will have an obvious visible effect.

It happens between 0-3 times a year, but half the time your country will be in daylight so you won’t see it (and the other times it may be too cloudy to see). The next one visible from Australia is in about a year from now (August 16th 2008). 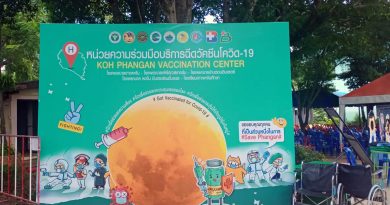 Corrupt Koh Phangan Party Island – Where the heck are the fresh & up-to-date news?