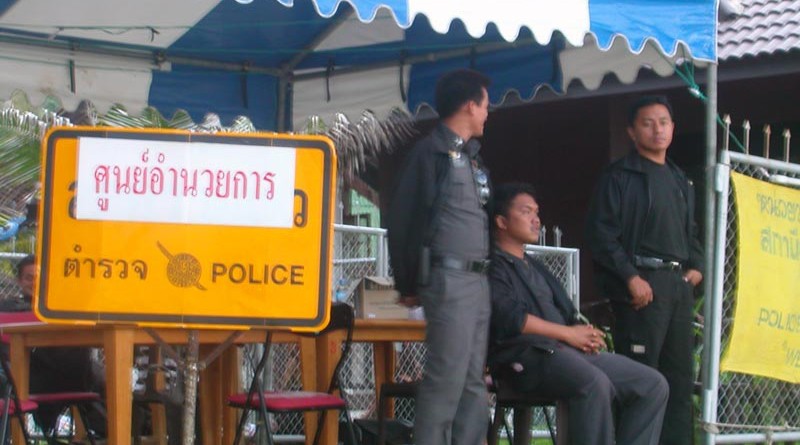 Surat Thani police have arrested a Myanmar man in connection with an attempted rape on an Israeli woman on the tourist island of Koh Phangan on Monday.

The man was identified only as Bo, 25, a trash collector at Tommy Resort, which is located not far from where the rape took place, Pol Col Witthaya Wangsadarn, chief of the Koh Phangan police station, said on Tuesday.

The arrest came after a tip-off from the hotel’s owner, who suspected his employee of attacking Ms Havory, a 23-year-old Israeli tourist, he said.

Police found scratches on his chest and neck, and seized a blood-stained black T-shirt from his room as evidence. Mr Bo wore the same black T-shirt at the time of the incident, Pol Col Witthaya said.

He allegedly confessed to police that he tried to rape Ms Havory when she was walking alone on the beach by the hotel’s swimming pool on Monday morning.

Ms Havory told police on Monday that she attended a full moon party on the island with friends until about 3.30am before they separated. The woman said she was walking along the beach when a man, age 30-35, attacked her and tried to rape her. She said she bit his lip when he tried to kiss her and punched him in the stomach as she made her escape.

Tourists in the area found the woman and took her to a clinic on the island, after which she was put on a speed boat to Koh Samui for treatment.

The original article can be found at Bangkokpost.com