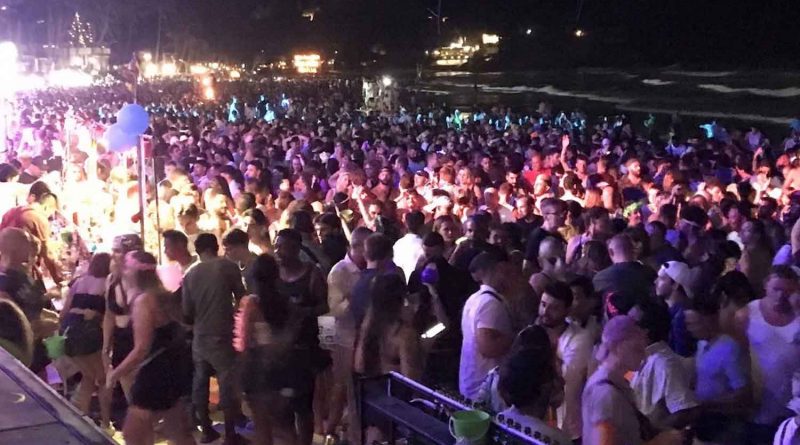 About 20,000 international tourists took part in this year’s first Full Moon Party on Koh Phangan from Friday night into Saturday morning, marking the beginning of the southern island’s high tourism season which will run until the end of March.

The first event was estimated to help generate up to 100 million baht in tourism-related income in one night when hotels and resorts were 99% booked, according to local tourism associations and the provincial vice governor.

Despite three spells of rain early in the evening, the sky cleared, revealing the full moon just around midnight when a highlight of the world-renowned beach party began as the signature Full Moon Party Koh Phangan sign was lit up.

That brought party guests who had fled Haad Rin Beach during the rain for nearby restaurants and bars back to the beachfront again. The 1km long beach was then filled with partygoers, many of whom enjoyed themselves at the party until dawn before returning to their hotels or crossing to Koh Samui.

Wanni Thaiphanit, president of Koh Phangan’s tourism promotion association, said the island’s 2023 tourism was off to a good start.

Koh Phangan was recently recognised at a global level as the world’s No.1 workation destination, she said.

These visitors are a new batch of visitors to Koh Phangan island, some of whom had only arrived shortly before last night’s Full Moon Party while others had stayed on the island since Christmas waiting for the party, said Thawit Somwang, chief adviser to Haad Rin Beach’s club of business operators.

The more than 200 hotels and resorts on the island were 99% booked, a clear sign that the island’s tourism-dependent economy was recovering, he said.

“Many more tourists are expected to come for the throughout the high tourism season,” he said.

Hotel staff and staff of other hospitality businesses are being advised to get a new shot of the Covid-19 vaccine, he said.

Chusak Ruying, the provincial vice-governor, said the tourism-related income gain on the night of the Full Moon Party was estimated to be around 100 million baht. As more tourists are expected on the island, security measures will have to be tightened up to ensure their safety, he said.

Read the full story at Bangkok Post – 20,000 went to year’s first full moon  which was brought to us by Google Alerts. 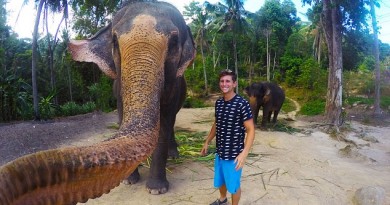 Elephant steals camera from tourist and snaps an incredible selfie 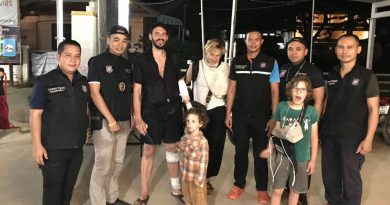