Skip to content
You are here: Home > General News > Koh Phangan airport could be open by 2016

Tour operators and tourists have been complaining for years about the high fares being charged to fly into Koh Samui by Bangkok Airways, who own the airport and are partially responsible for turning Samui into one of Thailand’s most successful tourism stories.

If Mr. Sooksanguan succeeds in attracting more partners into a joint venture operation the airport could be open as soon as next year. It is estimated it would attract some 600,000 passengers a year and could be equipped with a 1,100 meter runway that could accommodate aircraft such as the ATR 42.

Kan air flights would initially serve Bangkok twice a day, but more flights would be on offer as the airport would allow other carriers. At the moment passengers bound for Koh Phangan must either fly to Surat Thani and then take a ferry or fly to Samui and take a boat to the neighbouring island.

If fares from Kan Air are priced competitively it would certainly dent Bangkok Airways travel, even if it starts on a small scale of 100 seats a day, that could be the beginning on an island that welcomes and estimated 2,000 foreigners a day.

Thank you to Samui Times “Koh Phangan airport could be open a soon as next year” which was brought to us by Google Alerts. 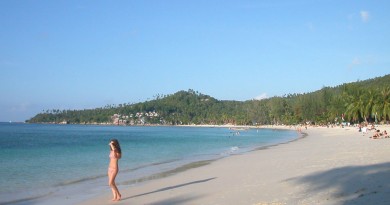 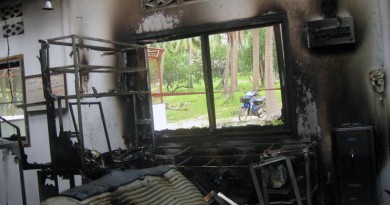 2 thoughts on “Koh Phangan airport could be open by 2016”