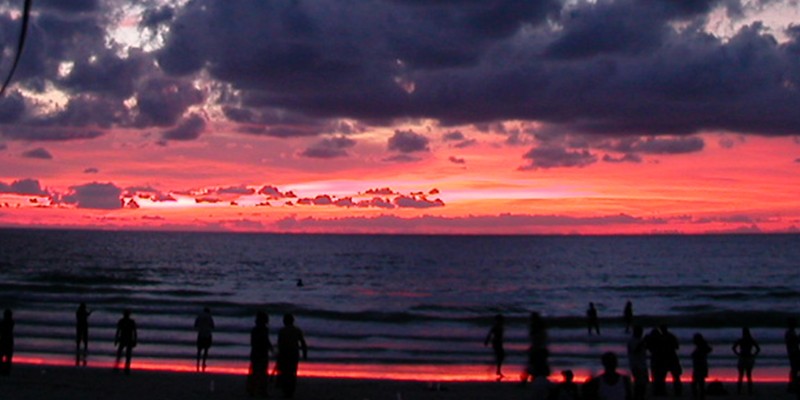 Hello there and welcome back to the Island of Madness, formerly also known as Koh Phangan Paradise Island … a lost paradise?

Well … sa-lowly but surely the hardened & original Koh Phangan skin on my feet keeps dissolving layer by layer and my gun shot wound is very well healed by now.

It’s been months and months since I have left the original Island of Madness and Koh Phangan – the lost paradise? – seems to be just a very distant memory in my disillusioned mind 😉

But Becki is in great spirit and doing pretty well here on the other site of the planet called earth. And to be quite honest it simply just feels amazing to be far away from those little & friendly smiling but also snaky Koh Phangan Thai Monkeys.

But … it simply feels awesome being able to sleep every single night without any close or even distant deranged techno rave party bum bum bum around your home. It simply feels inspiring not to be bombarded with any demented ‘Come and Satisfy Your Soul’ style stupid techno party signs along the streets.

It actually feels more than terrific to no longer be part of the “original” Koh Phangan community which I really used to love many, many years ago when things were quite different.

But as Buddha once said … nothing is more permanent than change … also our little and beloved paradise island of Koh Phangan was meant to change at one point. And indeed … it actually did change … did change quite a lot in the recent years if you ask me!

Koh Phangan is still a fantastic island with a great climate and stunning magnificent nature around. Of course, you still can have a good time on the Island of Madness but if you have a closer look, probably live there for a while and get accustomed to local traditions, things might appear differently!

If you ask me personally I would say that Koh Phangan has definitely lost its charm & magic it once was so famous for! Finally a pristine, untouched & more than lovely paradise island has been transformed into something we could easily call a massive shithole?

But shit like this happens everywhere where the money driven virus of capitalism starts moving in and a few years later most people are infected & corrupted with this more than deadly disease created by some wicked masterminds. 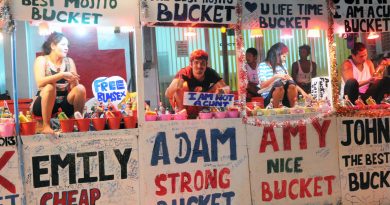 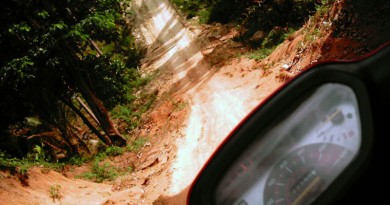 21 thoughts on “Koh Phangan Island – Expelled from a lost paradise?”