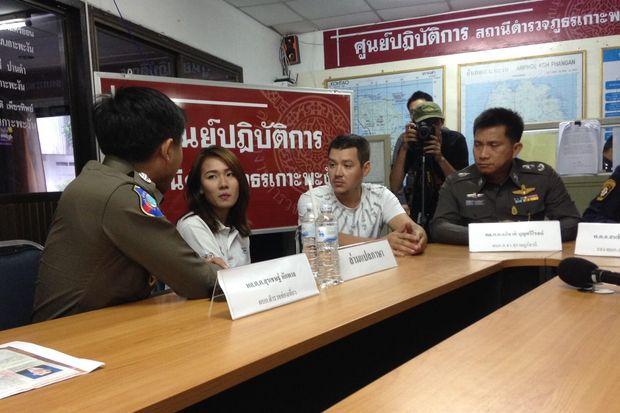 A Russian national arrested on Saturday in connection with the Jan 12 shooting of Palita Lodge Bungalow on Koh Phangan is facing deportation after being charged with violating Thai laws on foreign employment and entertainment venues, police said.

Pol Maj Gen Surachet Hakphan, commander of the Tourist Police Division, talked about a possible deportation at a news briefing on the resort island on Monday.

Pol Maj Gen Surachet said it was believed Mr Milentie was behind the gun attack on Palita Lodge Bungalow. Evidence and official records also revealed he had violated the laws on foreign employment and entertainment places.

If found guilty by the Thai court, the Russian would be deported, he said at the briefing, where Mr Milentie also attended with an interpreter.

Mr Milentie said that he had been in Thailand for three years and was unaware that he had broken the Thai laws. He denied involvement in the shooting of the Palita Lodge Bungalow. He also denied having acted as a foreign mafia.

The police said the Russian would be given justice throughout the judicial process.

Pol Maj Gen Surachet said Deputy Prime Minister Prawit Wongsuwon was concerned over reports of influential persons whose involvement in tourism-related businesses had affected the country’s tourism and had ordered a crackdown on them.

Gen Prawit’s particular attention was on foreigners running businesses in Thailand and acting as influential persons, he said.

Thank you to Bangkok Post “Russian bar operator faces deportation” which was brought to us by Google Alerts.