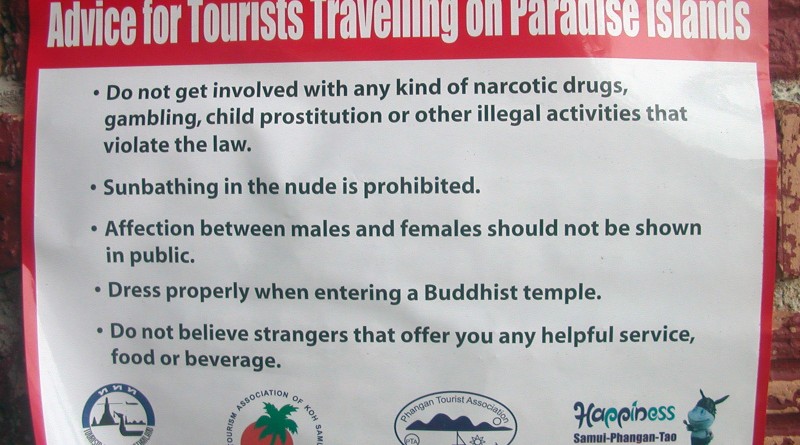 SORRY – No alcohol served from 6.00 tonight 05 Feb. 2005 until Sunday evening 06 Feb. 2005. Due to elections of parliament all alcohol sales prohibited. Regulations strictly enforced!

That was exactly the moment when my bubble of island illusions burst again that Saturday. No alcohol – means no Hefe Weissbier at A’s Coffee Shop and also means that Becki as an alien in Thailand is not allowed to vote against Mr. Thaksin Shinawatra this Sunday. What a mess 😉 What a bloody disaster 😉

So … it’s time again for another election of a free democratic system here in Thailand. Just recently read in The Nation one of those election propaganda slogans ‘VOTE OR DIE!’ What the heck does that mean? Also recently read in Bangkok Post another article about ‘buying votes’! So far 7 million baht have been spent by politicians for votes this election in Isaan, the north eastern and poorest part of Thailand. ‘Buying votes’, in Thai Language called ‘Sue Siang’, is a very common practice also here on the island. I’ve seen it happening a couple of times over the last few years. Friendly, charming, a big smile and equipped with lots and lots of 500 Baht bills ready to help the poorest for a moment but only for a tiny exchange. VOTE FOR ME 🙂

And of course, the system works perfectly! Every person has its own price and in some areas in this country the price is very low. But I think I even got a better idea. Why don’t they go and get those fascinating e-voting machines from Mr. Bush. As far as I heard Mr. Thaksin and Mr. Bush are buddies from some University studies in America. So bring those machines over and issue a couple of laws that prohibit the nasty paper trail and you’re nearly done. Declare the software of those funny devices for ‘highly confidential’ so that nobody is allowed to check what is really going on 😉

Finally let them all do their voting stuff and keep in mind that you even don’t need to buy the votes anymore. This safes you some more money and for the election results just decide what you wish … no matter what they are trying to vote for. It’s all in your hands! 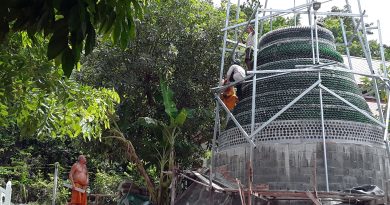 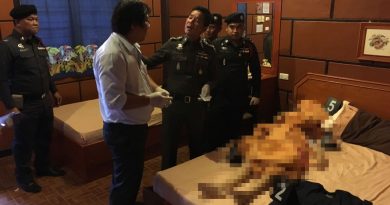