Skip to content
You are here: Home > Party Zone > Koh Phangan Party Zone Shooting and the story of a police report – Part One! 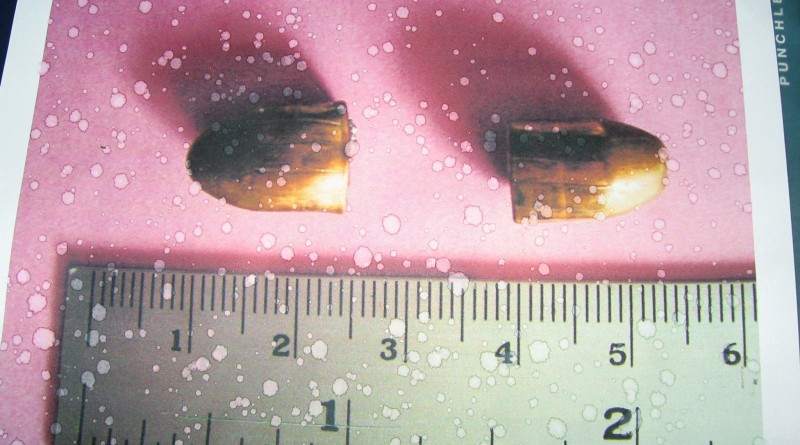 Sawadee Khrap & welcome back to Koh Phangan Island News – the one and only news magazine reporting about the daily increasing insanity on the Island of Madness!

Just 2 weeks after the gunshot attack I finally managed to get hold of the tourist police on Koh Samui so they could provide me protective service while being on Koh Phangan trying to file a police report regarding the gunshot assault.

Actually I was quite amazed about the tourist police on Koh Samui. Shortly after the gunshot attack happened I phoned the Tourist Police Headquarters in Bangkok and told them what happened. Then a few days later two friendly tourist police cops showed up at the hospital and took a report about the gunshot attack. I told them the whole story, told them about my suspects and even showed them this website so they can gather as much information as possible.

Then the two friendly and fluently English speaking tourist police cops handed me over some freaking chicken soup basket, took a few pictures, asked for my mobile number and just left. So I expected they would do some awesome police investigation and phone me a few days later to inform me about the outcome of their detective work but to my surprise (was I really surprised?) nothing happened at all 😉

So then I was quite surprised to accidently ran into my lovely tourist police cops at the local starbucks coffee shop a few days later on Koh Samui. I think they all were also more than surprised to see me again as they probably wished for to actually never see me again – case closed 😉

They told me that they are more than aware of the dirty business and corruption of police officers on Koh Phangan Island and anywhere in Thailand but at last they also had to confess that they got a family with kids and therefore would never touch that hot potato or get involved in such mafia like police business. If they would start messing around and dig deeper into the whole story … well … you know … someone could get shot … and they all do love their kids, wife & family!

Okay … makes sense! But at least I finally managed to arrange a police protection escort for Koh Phangan the next morning.

The Seatrans speed boat left quite early the next morning and Becki was surrounded by three friendly tourist police cops, all wearing guns and firearms and other impressive war toys – awesome!

A big black SUV was waiting for us at the pier in Thongsala and a few minutes later we arrived at the local Phangan police station ready to file the police report. Unfortunately the police officer processing my case was not present though the tourist police told him earlier that we would come that day.

The atmosphere at the police station in Koh Phangan was more than super toxic and some police agents looked at me in such a way that they probably just wished for Becki’s instant and sudden death!

And to be honest … I think if I wouldn’t have gotten that special tourist police protection task force from Koh Samui the local Phangan cops would have just shot me directly in the face, dig a hole behind the police station and buried me right there. Fucking stupid annoying case closed!

After 30 minutes or so the Phangan police agent working my case finally found the way to his work desk and with the help of the tourist police I could start filing a police report regarding the gunshot attack. I told them all the details of what happened that night. Told them about my suspects, anonymous phone calls, gun fire at my house, internal warnings from some party organizers … the whole nine yards!

The whole procedure took about an hour and finally the police cop handed me over the police report, written in Thai language of course, and told me to sign here – please!

I then of course instantly denied my signature and explained that I have no idea what he has written in the police report and would only sign the report after I received a word by word translation from someone I could trust. End of story!

A while ago there was another incident on the Island of Madness with two British tourists who got brutally attacked at Had Rin beach and local Phangan police filed a report stating that they just had an accident! Not just one single word about any brutal attack … assault or whatsoever … who can you trust?

After I denied my signature the whole police station sort of went insane and the general atmosphere of super toxic reached a climax of total biohazard and then I finally had the rare pleasure to look some of those Phangan police cops directly into the eyes while they were discussing my case.

And finally Becki started realizing that reptiles from the Draco Star System must be real and that I, at last, had the uncommon enjoyment of a real first close alien reptile contact …

Some of those Phangan cops are not only evil … but more than super evil and probably able to vaporize you with just a single reptile thought! Luckily I had my tourist police task force standing next to me the finger ready on the trigger … though I’m still not sure if human weapons will have any effect on super evil alien reptile creatures?

However … I asked for a copy of the police report but was told that this is not possible because it is still an ongoing investigation. What a laugh 😉

Finally, still sitting in the Phangan police station, I instantly phoned the German Embassy in Bangkok and asked for assistance and the atmosphere went yet another step from biohazard to deadly toxic nuclear and the local Phangan cops were pretty much pissed with me!

But at least some sort of good news. Everything seemed set and I was more than happy to leave evil Phangan police station with its super evil agents from the Draco Star System! 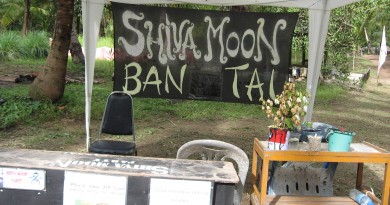 18 thoughts on “Koh Phangan Party Zone Shooting and the story of a police report – Part One!”