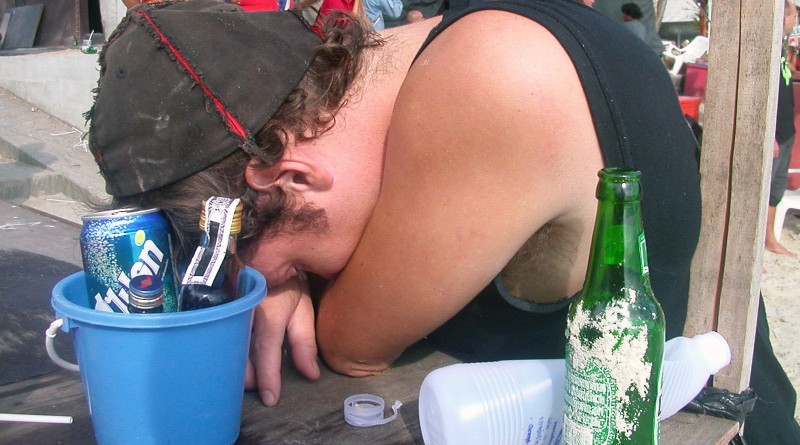 Long associated with debauchery and wild Full Moon parties, moves are afoot to change Koh Phangan’s image and make it a drugs-free island.

Koh Phangan, long associated with wild Full Moon parties, is undergoing an image change to make the island a family destination. The monthly all-night Full Moon party on the Surat Thani island’s Had Rin beach draws mostly foreign tourists and the event is synonymous with illicit drug use.

However, moves are afoot to rebuild the island’s image as a drugs-free haven for holiday makers, with drugs authorities, residents and tourism operators committed to the efforts. The Office of the Narcotics Control Board’s Division 8, responsible for the upper South, has implemented a joint operation with residents and tour businesses to prevent the use of illicit drugs at the beach side party.

“The operation is the vehicle of our social order campaign to ensure partygoers stay away from drug abuse at the party,” said Division 8 chief Surasak Klam-in.

The campaign is being conducted in consultation with stakeholders, including local leaders and tourism businesses from nearby Koh Samui, he said.

The division has asked locals to tip off police about any suspected drug-related activities on Koh Phangan. Police have set up checkpoints along the main roads and at piers on both Phangan and Samui islands. Police check partygoers at random for possession of drugs, such as cannabis, ecstasy and crystal methamphetamine, known as yah bah or ice. Undercover officers on the lookout for criminal activity mingle with the crowds.

Locals say the first Full Moon party was held 24 years ago. A resort on the island organized a farewell party for a group of about 20 foreign guests after an extended stay. Since then a party has been held on Had Rin beach every full moon. As the island’s nightlife capital, the beach is home to dozens of nightclubs, pubs and restaurants.

Sound systems are erected along the one-kilometre beach to cater for the thousands of revellers who flock to the party every month. Some revellers party too hard to be able to make the journey back to their guesthouses and end up sleeping on the beach.

“No one knows exactly when illicit drugs were first brought to the party,” says Nikom Somwong, chairman of the Samui-Phangan Community Strength project.

Mr Nikom said as a community leader he was well aware of drug use at the parties. But he also recognised the monthly event is a big cash-spinner for Phangan and Samui islands. Significant revenues are earned from food and drinks sold at the party.

Jongdee Thongchan, chief of Takian village in tambon Angthong on Koh Samui, said some people from the village go to the Full Moon party. He was worried they would be exposed to drugs and could develop a drinking habit.

Mr Jongdee said he worked closely with family networks and drugs authorities to raise awareness of the risks of taking illicit drugs at local schools and homes.

Many partygoers, however, say it is perfectly possible to enjoy the world famous party without taking drugs.

Ilkka Happonen, a 24-year-old Finnish student, could not hide his excitement about attending the Full Moon party for the first time. The Finn chose the island to celebrate graduating from the National University of Singapore.

“I’m very happy to be here. I have lots of fun and a great time with my friends. We drink and dance together and never take drugs,” he said.

Grant Ligon, 21, from the United States, said he heard about the party from a friend who spent time on the island last year.

“He told me the party was full of fun and also warned me to avoid taking drugs there or I would be caught and sent to jail,” said Mr Ligon. 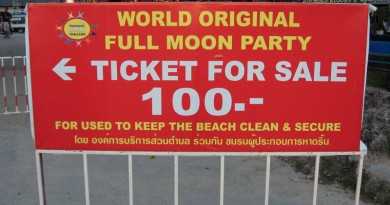