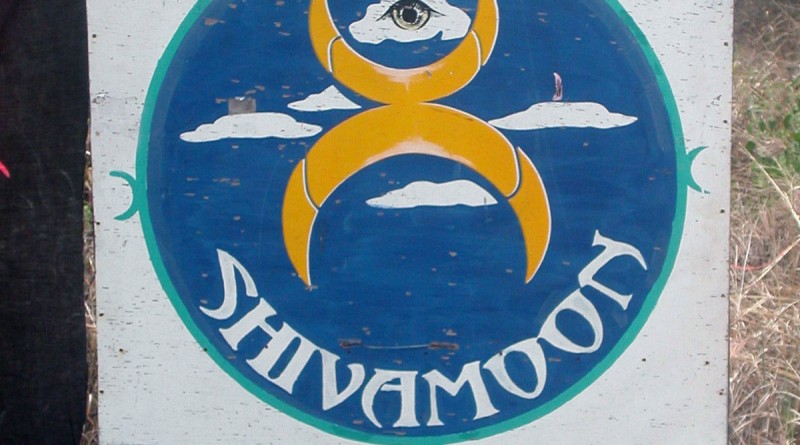 Well … the world famous Shiva Moon Party! It first came into life a couple of years ago when most locals here on the island of madness finally realized that organizing so called techno parties could provide them with an easy and constant source of income.

The principle is quite easy: get some speakers and a well known local DJ with the wicked name of Psyfrog or perhaps Freakulizer or something simpler like Sabai Sabai? Then get tons of fluorescent colors and throw it at any coconut tree surrounding the area as most tourists with a couple of Chang beers and a few Saeng Som buckets will find this amazing mix of bright colors in the middle of the night the most psychedelic experience they have ever experienced!

Then just build a fence around the whole psychedelic disaster area and place a nice tiny bamboo hut at the party zone entrance with a big sign in big letters saying 200 BAHT ENTRANCE FEE!

Finally, as nothing on the island of madness works without patronage from the local island officials, you need to bribe the local police and perhaps the local district office as officially the Thai law says that ALL night life activity has to shut down at 1 a.m. But who gives a shit about any law when you actually can just simply bend it with some nicely printed tiny sheets of paper?

Anyway … then finally after a few negotiations with local officials the Shiva Moon Party was born and ready to trance and roll.

Well … The Shiva Moon techno trance disaster party zone area was luckily just placed at the end of the Baan Tai village offering ALL local Thais living in that area the magnificent life time opportunity to listen to some very loud and wicked techno tunes from dusk till dawn, without any hope to have a nice dream that night simply just because your nice traditional wooden house wouldn’t stop swinging to these bizarre rhythms from the western world!

So … then after a couple of Shiva Moon Party events the holy lord Buddha sent a messenger from the temple Wat Khao Tham, which is located just next to the party zone disaster area. The main nun at Wat Khao Tham temple then complained that she can’t find her blissful state of Vipassana meditation anymore and finally with the help of our beloved lord Buddha the world famous Shiva Moon Party was finally shut down!

All that happened around 2-3 years ago and finally it was quiet again in our beloved Baan Tai / Baan Nuea village and we could enjoy again sweet dreams without any swinging wooden houses and any noisy interruptions lasting all night long.