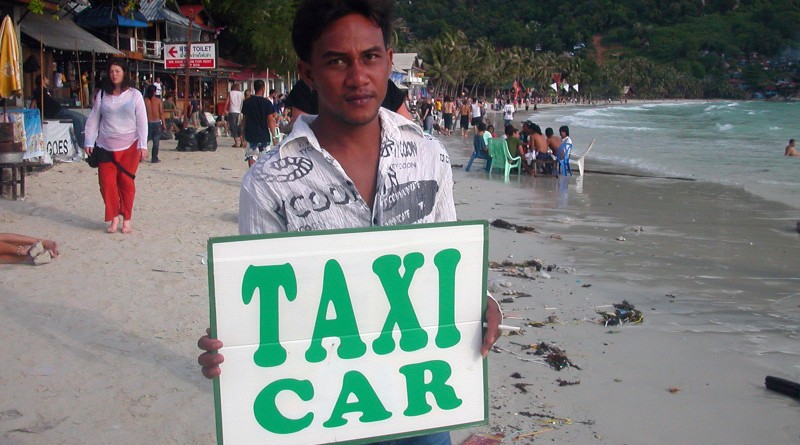 Due to the recent massive price increase for taxi fares on Koh Phangan Island and the general rip off behavior of the Ministry of Transportation, also locally known as the taxi mafia, more and more complaints were reported by upset and more than dissatisfied foreign tourists traveling on this beautiful island.

“This is really outrageous! I have been recently charged 100 Baht from Thongsala to Had Rin beach during day time. Last year it still was an average of 50 Baht and now this. This is a total rip off!”, an unnamed Australian tourist said.

“During night time on Koh Phangan Island nearly everything is possible when it comes to taxi prices. Expect to be charged 5-10 times the normal fare during the night. These bloody taxi bastards just try to rip you off wherever and whenever they can!”, a British tourist added.

“Well … go and have a look about the taxi prices in Switzerland or elsewhere in Europe. I think taxi prices here on Koh Phangan are still very reasonable compared to other countries.”, a member of the Ministry of Transportation replied when being asked about the recent massive price increase on taxi fees.

Finally Koh Phangan Island Officials have published a sign next to the main pier in Thongsala:

“Asking for help from the local police station seems sort of ridiculous! During the last couple of years with the increasing number of foreign tourists traveling to Koh Phangan Island they haven’t even managed to get some proper English speaking police officers. I wouldn’t even bothering getting the police involved.”, a reliable source added.