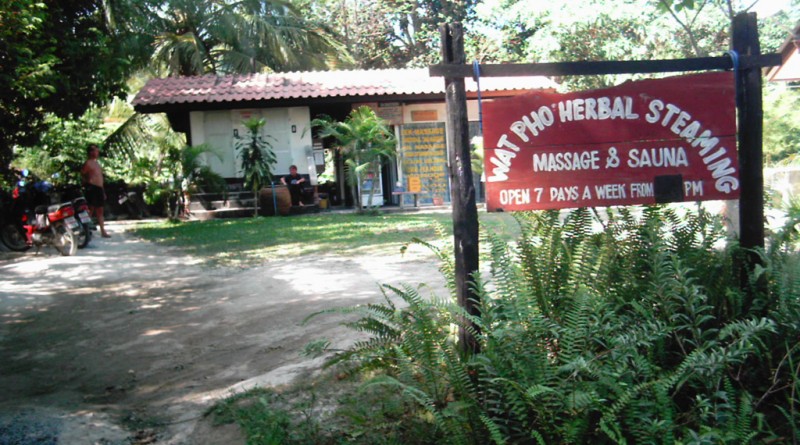 Four months after the recent shut down of the herbal sauna at Wat Pho in Baan Tai village on Koh Pha-Ngan Island in August 2007, the Buddhist temple has resumed its service a couple of days ago.

Phangan Island officials also reported the new change in this once free, on donations based public service. A service charge of 50 Baht per person will now be requested by the local business corporation joint venture to support the survival of the Buddhist temple Wat Pho located in Baan Tai village.

Over the last couple of months Thai locals from Koh Phangan Island have grouped together and finally introduced this new system which is supposed to guarantee a steady and solid income by providing a public herbal steam facility to both local Thai and foreign visitors.

“This new step of a fixed pricing system had to be taken. Herbs and also gas prices have increased drastically over the last couple of months. Therefore we were sort of forced to agree on a tiny and very reasonable fee of 50 Baht per person only! All generated profits will be generously donated to the Buddhist temple Wat Pho. Please come and visit us again and enjoy the various benefits which a herbal steam sauna has to offer.”, a board member from the herbal steam business corporation joint venture said.

Phangan Island officials also received first complaints from foreign tourists that the temperature at the herbal sauna is not hot enough.

“If they start charging 50 Baht per person now then they should at least guarantee a steady and hot temperature in the herbal steam room. Once I told the herbal steam organizers that it is no hot enough they just told me that I should have a look in the mirror. You’re red as a shrimp so stop complaining! The steam is hot enough! I was been told.”, a foreign tourist said.

The foreign tourist further questioned, “I’m not sure if local Thais also pay 50 baht per person? I saw at least one Thai guy going into the sauna and leaving again without paying any fee at all. He just sat on his motorbike and drove away. This looks like a two way pricing system again!”

Board members from the local Thai herbal steam business corporation joint venture strongly denied the existence of any of these claims.

“We can assure you that the herbal steam is hot enough at all times throughout the afternoon. Foreign tourists and local Thais both pay a fee of 50 Baht per person. There is no two way pricing system. Such claims are ridiculous!”, a board member from the herbal steam business corporation joint venture further assured.

What once has started as a free, on donation based, public service generously offered by the Buddhist temple Wat Pho in Baan Tai village has finally been also infected by the commonly known virus of commercialization & capitalism and is now being transformed into another economic system based on the production of massive and steadily increasing profits.

“This is really a bad sign! One of the last peaceful places on Koh Phangan Island has finally been destroyed!”, an unnamed foreigner stated. 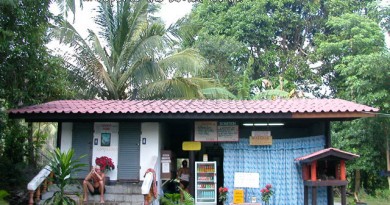 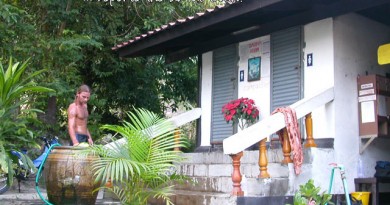