Skip to content
You are here: Home > General News > Wat Pho Committee shuts down herbal sauna in Baan Tai village on the Island of Koh Phangan 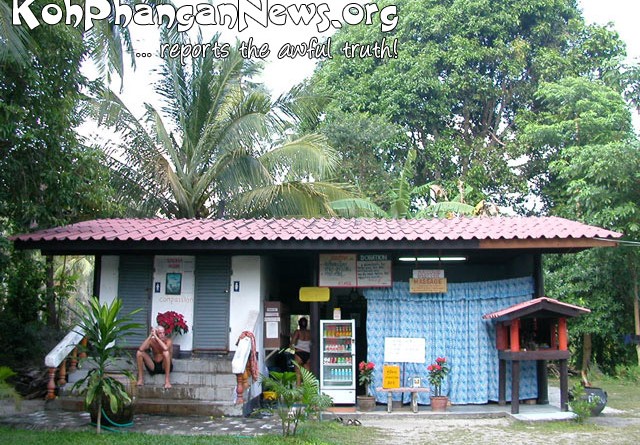 A happy and warm welcome to Koh Phangan Island News – the one and only online news magazine which offers fresh, up-to-date and uncorrupted news from the island of madness, deeply hidden in the Gulf of Thailand.

A couple of weeks ago Koh Phangan Island News headquarters received the shocking news that our beloved abbot, Prasert, from the temple Wat Pho in Ban Tai village was found dead in his room early morning.

Further investigations by Phangan Island News headquarters revealed that our beloved abbot, Prasert, began suicide and hung himself during the night in his room at Wat Pho temple in Baan Tai village.

A few days later first rumors appeared on the Koh Phangan mouth to mouth propaganda network that some individuals don’t believe in the official version of a suicide as our beloved abbot, Prasert, was known as a monk with no intentions of taking his own life.

Another incident happened a few years ago when unknown individuals successfully poisoned our beloved abbot Prasert from the Wat Pho temple with something known as Magic Tomato under the local Thai community.

Magic Tomato is a red fruit and widely found in the natural, organic jungle throughout Koh Phangan’s dense rain forests. As with many psychoactive substances, the effects of the magic tomato are subjective and unpredictable. The experience is typically inwardly oriented, with strong visual and auditory components. Visions and revelations may be experienced and the effect can range from exhilarating to distressing.

No matter what … our beloved abbot Prasert survived this poisoning attack a couple of years ago only to be found committing suicide in his room by hanging himself by the neck with a rope a couple of years later. That’s the official version.

Phangan Island News headquarters hereby wants to send our loveliest and best wishes to our beloved abbot Prasert, one of the greatest souls here on Koh Phangan. God bless your soul!

However … a couple of days after the tragic death of our beloved abbot Prasert the Wat Pho committee immediately had shut down the herbal sauna at the temple, which was open for public service since November 2002.

So far Wat Pho officials haven’t responded to the reason of shutting down this great public service, but word on the island is that it has something to do with missing donation money …

Attention – due to the recent death of the abbot of Wat Pho, the sauna will close temporarily starting 26 July 2007. Upon appointment of a new abbot and Wat Pho committee the sauna will re-open. An announcement will be posted advising the new opening date when it is known.

Thank you for your attention & have a nice day! 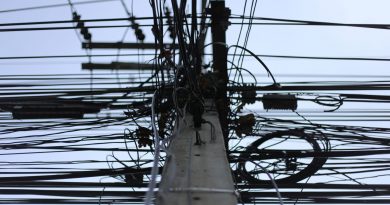