Skip to content
You are here: Home > High Alert > Massive gold reserve has been discovered on Koh Phangan Island 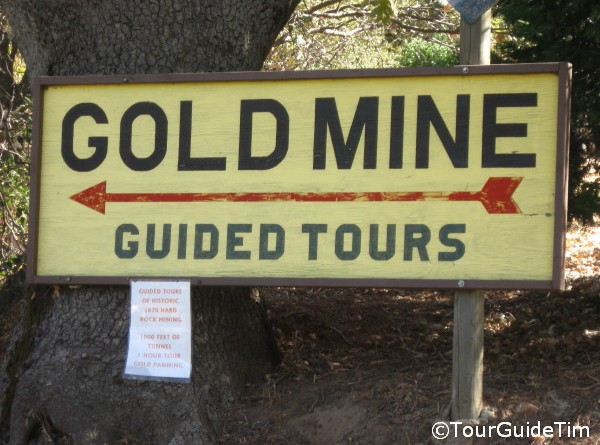 On Wednesday morning, 1st of April 2015, senior officials announced that a massive gold reserve has been discovered not far from the surface on the island of Koh Phangan in the south of Thailand.

Geologists, who originally came to the area working for an oil and gas company exploration into oil reserves in the Gulf five years ago, abandoned their posts after studying the type and formation of the rocks in the region.

The team of five experts discovered the possibility of large gold reserves close to the site of the new airport, but found a far more exciting site in the south east of the island near the popular Haad Rin Beach. After five years of taking diamond drill core samples the geologists have been able to now pinpoint huge reserves of gold ore that will be extracted over the next five to ten years. Massive reserves of copper and tin are also expected to be extracted from the site.

Although the engineering company has yet to be named local authorities have estimated that around 35 tons of gold is expected to be extracted in a large open mine that will have dramatic consequences for tourism on the island due to the open pit mine planning to be dug. Open-pit mining differs greatly from extractive methods that require tunneling under the earth. Open-pit mines, often referred to as quarries are dug on benches, usually on four to six meter intervals that can go on for miles and can appear, once functional, as if a large meteorite has dropped into the area. The proposed mine in Koh Phangan will cover the entire south east corner of the island wiping out a triangular area from Haad Yao to Baan Tai to Haad Rin.

A mine this size will effectively cease all tourism in the area, that to the south attracts thousands of people every month for the full moon party. A representative from the Ministry of Tourism and Spots told reporters that the five year gold extraction program will indeed have a great deal of impact on tourism in the area, however as part of the proposed clean up of the area the cancellation of the Haad Rin Full Moon Party comes as a welcome relief.

“The party has become a hot spot for crime and drugs and recently has been associated with a great deal of gun violence, we think that abolishing this kind of tourism can only have a positive effect on island’s reputation” said a spokesperson for the TAT.

He went on to say, “The north part of the island will remain unaffected during mining and we hope that people will still come and use the more natural facilities the island has to offer and we will be promoting health breaks, detox packages and spa retreats”.

On the subject of totally removing the popular Full Moon Party he said “Well, we will not be getting rid of it entirely we will find another venue on the island to celebrate the full moon but it will certainly not be along the lines of the drugs and alcohol fueled parties that we have right now but will take on a more earth loving theme with candles, chanting and we hope yoga.“

But before the mining can even start Haad Rin will undergo a massive change as a deep sea port is created to bring in the machinery needed to mine the gold as well as move the massive reserves from the island. Plans are now afoot to use the dredging to create a natural bridge from Koh Samui to Koh Phangan linking the two islands and removing the need for Koh Phangan to have its own airport, a project that has caused controversy in the past.

Being labeled the richest gold vein outside of South Africa, this discovery will bring untold changes. “The mining will bring about a huge amount of employment for local people, in a far more healthy industry than flogging buckets of bad quality booze to drunken kids on a beach once a month” one of the founding geologists told reporters in Bangkok.

“This amount of gold can bring in billions of baht in revenue, far more than a few tourists rolling around the beach can. We are delighted to have been instrumental in the last five years of undercover exploration and are happy that we have had a direct involvement in the changing face of the Southern Thai Islands”.

What the locals and residents make of this new future for Koh Phangan remains to be seen. Environmentalists have been calling action against oil rigs for years but no one expected any gold to be discovered at all. Another area of the planned mine that is yet to be confirmed is the acquisition of the land on the proposed site. Early indications suggest that an age old ‘compulsory land purchase order law’ will be used with owners being forced to accept government prices for their land, it is unsure if they there will be a clause that allows them to repurchase the land at the end of the mining period

Thank you to Samuitimes “Huge gold mine planned for Koh Phangan ” which was brought to us by Google Alerts.